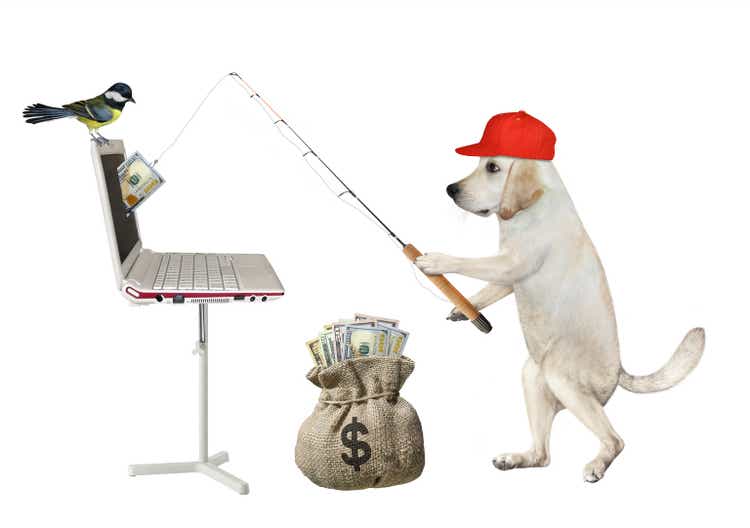 Still, not everything is clear and we may revisit this topic in the future. But what we have learned makes preliminary analysis possible.

Since Manager will pay out 90% of FRE (there will be no other sources of earnings for several years at least), it is quite logical to value it based on yield.

On June 30, 2022, there were 1638M diluted shares of BAM. This number includes shares of Brookfield Reinsurance (BAMR) that can be exchanged into shares of BAM on a one-for-one basis. Bruce Flatt mentioned a couple of times that BAMR shareholders will participate in the spin-off on an equal basis with BAM shareholders. Thus, Brookfield will spin off 1638/4 shares of Manager that will constitute 25% of ownership and retain 3*1638/4 of Manager’s shares (in millions). It means that the total number of Manager diluted shares will be the same at 1638M.

We do not know yet whether dividends will be paid based on quarterly earnings fluctuating from quarter to quarter or will remain constant during the year. Let us ignore it for now as it is a secondary issue for our preliminary analysis.

What dividend yield would one require from Manager?

During yesterday’s presentation, it was stated several times that FRE will grow at ~15-20% annually. This is a very high number but BAM has actually done something similar in the past:

FRE growth is directly related to AUM (fee-generating assets under management) growth and during the presentations, Brookfield explained why AUM will grow fast and presented the two following slides in this regard:

Most of the slides’ content should be familiar to BAM investors. But there is one figure on the slides that is really impressive – $200B of growth from the Insurance business that includes both BAMR’s and independent insurer’s AUM (today, BAMR’s AUM are ~$40B).

I cannot refrain from sharing with you one slide from yesterday’s BAMR presentation even though it is a digress from our main topic:

This slide stunned me because of one figure – $100B P&C Float. For your reference: today Berkshire Hathaway’s (BRK.A) (BRK.B) float is $147B. Berkshire’s float exceeded $100B only in 2017. By the way, it is not P&C insurance but rather annuities that are supposed to be the main BAMR business. It illustrates Brookfield’s ambitions in this area and I anticipate that proceeds from real estate sales will be reinvested primarily in acquiring insurance companies.

So, 15-20% growth is not unrealistic, but staying more conservative we can expect FRE growth at least in excess of 10%.

Let us now take a look at the yields of existing BAM’s subsidiaries:

Please note that corporations (BIPC and BEPC) are trading at a lower yield than partnerships primarily because of tax issues and the related complexity of K-1 tax forms. Manager will be a corporation growing dividends much faster than BIPC or BEPC.

We have also a different point of comparison – Blackstone (BX). It is rather clear that Brookfield is modeling its asset-light Manager on BX. BX is currently trading at 5.32%. But its dividends are changing wildly from quarter to quarter as seen in the next image:

Differently from BX, Manager’s dividends will be sourced solely from rather stable FRE for many years and should be relatively stable as well. Manager’s growth is comparable to BX’s and I expect Manager to trade at a lower yield.

Summing up, I would expect Manager to trade at a 3-4% yield. Since the initial dividend should be around $1.07, Manager’s shares are expected to trade at $27-36 after some initial period.

Brookfield expects Manager to trade a bit higher and it should not surprise us: once stable growth becomes recognized by the market, I would not exclude yields even lower than 3%.

I am making this section intentionally short as I may revisit it after Q3 results but before the spin-off.

Today’s BAM can be valued as the sum of 3 parts – invested capital + carry (future Brookfield Corporation) and Manager.

In several of my recent publications (available on my author’s page), I conservatively ascribed values of $35-40B to Invested Capital and ~$5B to carry (both numbers are much lower than Brookfield’s estimates). Manager should be worth $44-59B using our results from the previous section and BAM’s value should be about $51-63 per share.

BAM appears to be trading at the low end of its fair value range but this value may grow after we learn of Q3 results. During Q3, BAM is supposed to close several private funds and start deploying its insurance assets from the acquisition of American National (May 2022) in the funds managed by Brookfield and Oaktree. Both developments promise a noticeable uptick in AUM.

Around $50-52, I am moderately bullish on BAM but hopeful my readers did not ignore my suggestion to buy it when it was trading around $43-44 not so long ago.

graphic of your business salary
We use cookies on our website to give you the most relevant experience by remembering your preferences and repeat visits. By clicking “Accept All”, you consent to the use of ALL the cookies. However, you may visit "Cookie Settings" to provide a controlled consent.
Cookie SettingsAccept All
Manage consent