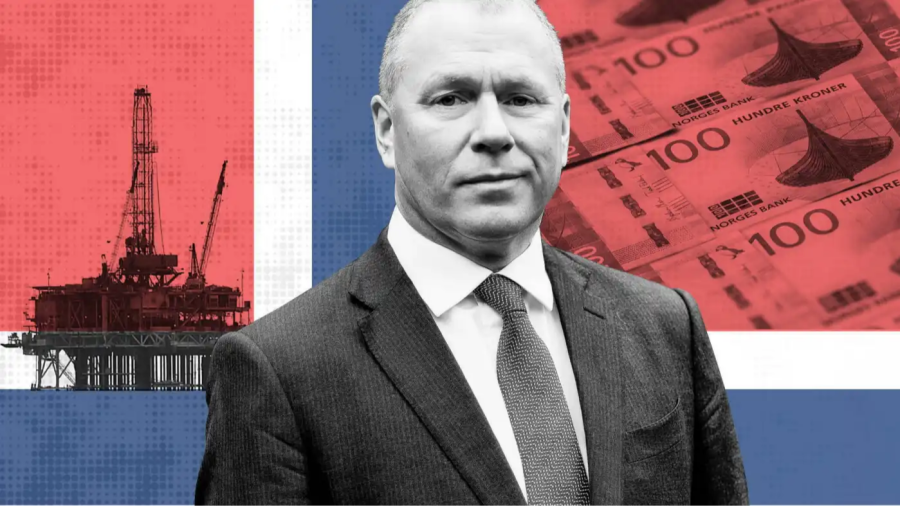 Welcome to FT Asset Management, our weekly newsletter on the movers and shakers behind a multitrillion-dollar global industry. This article is an on-site version of the newsletter. Sign up here to get it sent straight to your inbox every Monday.

Does the format, content and tone work for you? Let me know: [email protected]

The path to net zero

Nicolai Tangen, chief executive of the $1.3tn Norwegian oil fund, said it will become a more vocal shareholder and plans to vote against companies that fail to set a net zero emissions target, overpay their top leaders, or lack diversity on their boards.

Speaking at the Financial Times Global Boardroom event in London, Tangen said the fund would become more aggressive on environmental, social and governance (ESG) issues, and aim to be a more contrarian and long-term investor.

“Yes, we can be [more vocal] and I think we will be . . . we can vote more against the companies where we have different expectations about how they behave,” he said.

Tangen’s words serve as a warning as the oil fund on average owns 1.5 per cent of every listed company.

The Norwegian fund is financed by the Nordic country’s oil and gas revenues and has increased in size sixfold since the 2008 financial crisis.

Tangen, a former hedge fund manager, warned the directors and boards of companies without a target to reach net zero emissions that the fund would “absolutely” vote against them. “Only 10 per cent of companies have a clear [net] zero target already in place,” Tangen said, although he added that accounted for about a third of emissions from the 9,000 companies the fund owns shares in.

The oil fund’s stance contrasts with an increasingly polarised debate around ESG that is playing out across the Atlantic.

Vanguard, the world’s second-largest asset manager after BlackRock, said last week that it is pulling out of the main financial alliance on tackling climate change. This comes as Republicans have stepped up their attacks on financial institutions that they say are hostile to fossil fuels.

Vanguard, which has $7.1tn under management and more than 30mn customers as of October 31, is resigning from the Net Zero Asset Managers initiative, whose members have committed to achieving net zero carbon emissions by 2050.

The asset manager, which mainly manages passive funds that track market indices, said the alliance’s full-throated commitment to fighting climate change had resulted “in confusion about the views of individual investment firms”. The Pennsylvania-based company said in a statement:

“We have decided to withdraw from NZAM so that we can provide the clarity our investors desire about the role of index funds and about how we think about material risks, including climate-related risks — and to make clear that Vanguard speaks independently on matters of importance to our investors.”

NZAM was founded in December 2020 and had 291 members managing $66tn in assets as of November, including BlackRock, State Street, JPMorgan Asset Management and Legal & General.

In a statement, NZAM said Vanguard’s decision was regrettable. “It is unfortunate that political pressure is impacting this crucial economic imperative and attempting to block companies from effectively managing risks,” said Kirsten Snow Spalding of Ceres, a coalition of investors and environmental groups and also a founding partner of NZAM.

How should investors navigate the path to net zero? Email me: [email protected]

The ascent of ETFs

Now even mutual fund stalwart Fidelity is starting to convert some of its mutual funds into exchange traded funds. It marks just one of myriad signs of the ETF’s ascendancy, writes FT Alphaville.

The global ETF industry took in another $116bn of net inflows in October, taking the total so far this year to $708bn, according to ETFGI. That’s pretty stupendous, given that this is one of the worst years for financial markets on record.

The latest data on the ascent of ETFs is even starker than we imagined — at least in the US. Rocky markets have meant that this is a bad year for fund launches in general, with only 576 open-ended funds inaugurated in 2022, according to Morningstar. That is the lowest in at least a decade. But the ETF keeps gobbling up market share. So far this year there have been 407 ETFs launched in the US compared just 169 other types of open-ended funds — smashing past the previous record.

The exploding popularity of ETFs in the US is largely thanks to tax advantages and their ease of use for financial advisers that dominate distribution on that side of the Atlantic. In Europe distribution is dominated by banks, and in Asia there is still more of a retail trading environment.

Chart of the week

Investors are pulling record levels of bitcoin from crypto exchanges as the collapse of Sam Bankman-Fried’s FTX stirs fears over the safety of their assets.

Last month investors pulled 91,363 bitcoin, worth a total of close to $1.5bn based on the November average price of around $16,400, from centralised exchanges including Binance, Kraken and Coinbase. That marked the largest bitcoin outflow on record, according to data from CryptoCompare.

It is unclear whether the coins are being sold or moved to private wallets. The rush for the exit comes as the price of bitcoin has plunged 64 per cent this year and is currently trading around $17,000.

Stephen Schwarzman, the head of Blackstone, has spoken out for the first time since the investment group restricted withdrawals from a $69bn property fund. He disputed the idea that the restrictions reflected problems at the fund, tying a spate of redemptions to investors facing stress in Asia. Don’t miss the inside story on how the gates closed on Blackstone’s runaway real estate vehicle.

Some of the UK’s biggest asset managers and consultants, including Insight Investment, Schroders and Cardano, have rejected claims by the Bank of England that “poorly managed” leverage was the root cause of September’s gilt market crisis.

More than $400bn in market value has been wiped from European tech companies since the peak of the 2021 boom, according to a report by London-based investor Atomico, as venture capital dealmaking hit a wall at the end of the summer.

Stefan Hoops, the new chief executive of DWS, has pledged to lift its dividend by almost 50 per cent and possibly hand investors up to €1bn more as one of Germany’s biggest asset management firms battles to overcome a greenwashing scandal. The promise of a big special dividend should underpin the stock for the coming months, writes Lex.

Bluebell Capital Partners, a UK activist investor with a history of taking on big companies, has called on BlackRock founder Larry Fink to resign as chief executive over the “apparent hypocrisy” of the asset manager’s use of environmental, social and governance investment factors.

BT’s £47bn pension scheme has warned it may need to call on the telecommunications group for more cash “support” as it tightens its use of leveraged investment strategies. The 270,000-member scheme, which has a £4bn deficit, said it had become “more cautious” in how it managed liquidity following September’s gilt market crisis.

There is no alternative to alternative assets, writes Elif Aktug, managing partner at the Pictet Group, in this column. Diversifying into private markets can build resilience but expertise and experience are required.

Fiona Frick is to step down as chief executive officer of Swiss asset manager Unigestion after 12 years in the position. She will be replaced by Christophe de Dardel, who has been Unigestion’s head of private equity for 22 years.

Sam Bankman-Fried’s FTX reached the late stages of negotiating a sponsorship deal worth more than $100mn with Taylor Swift, but talks with the pop star fizzled out just months before the exchange’s collapse in November.

Objects of Desire: Surrealism and Design 1924 — Today explores design from the birth of surrealism in 1924 to the current day; spanning classic Surrealist works of art and design as well as contemporary surrealist responses. It brings together the best in Surrealist design, from furniture, interior design, fashion, photography and world-renowned artworks from Surrealist pioneers such as Salvador Dalí, Dora Maar and Man Ray, through to contemporary artists and designs, such as Schiaparelli, Dior, and Björk.

Thanks for reading. If you have friends or colleagues who might enjoy this newsletter, please forward it to them. Sign up here

We would love to hear your feedback and comments about this newsletter. Email me at [email protected]

Recommended newsletters for you

Due Diligence — Top stories from the world of corporate finance. Sign up here

The Week Ahead — Start every week with a preview of what’s on the agenda. Sign up here

developing with web design
We use cookies on our website to give you the most relevant experience by remembering your preferences and repeat visits. By clicking “Accept All”, you consent to the use of ALL the cookies. However, you may visit "Cookie Settings" to provide a controlled consent.
Cookie SettingsAccept All
Manage consent